“The Governor,” a Cocktail for Erin Murphy 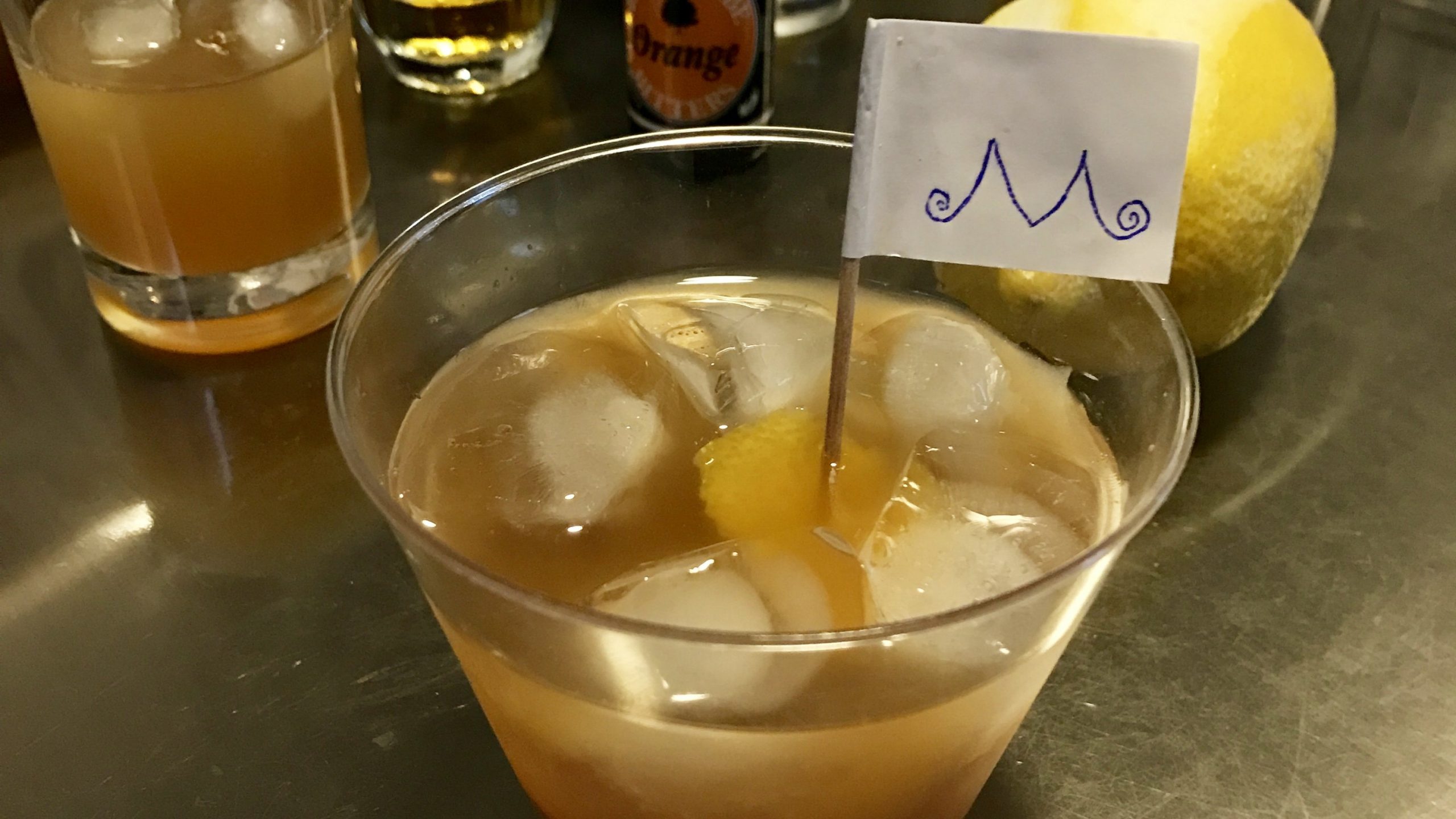 Recently my wife and I hosted a fundraiser for Erin Murphy, who we are excited to support in the 2018 race for Minnesota governor. So I made a cocktail for the occasion, “The Governor.” It turned out really well.

“The Governor” is basically a ginger Old Fashioned. Ginger like Erin. Also like Erin, it is quite strong. If you have a fundraiser for Erin you should definitely have “The Governor” on hand, but it’s worth drinking any time.

Mix the rye, ginger syrup, and bitters in an Old Fashioned glass. Cut a thin slice of lemon peel with a sharp paring knife, and be careful not to cut into the white rind. Squeeze it over the glass so the oil mists the top of the drink, then drop in the lemon peel. Garnish with the ginger candy.

Need a Lot Of “The Governor”?

If you are making “The Governor” for a fundraiser or other event, I recommend preparing a pitcher in advance. Just multiply out the ingredients (Siri is a big help). Here are the proportions I used to make about 40 drinks (I measured out 2 oz. per glass):

You can combine the whiskey, syrup, and bitters a day or more in advance, but don’t add the lemon peels until right before your party.

I tried a bunch of different whiskeys and settled on Canadian Club because it doesn’t have much character. Which might seem like a strange thing to say, but it works because ginger is such a strong flavor. Whiskeys with more character ended up doing battle with the ginger, and there was just too much going on. Also I needed a lot of “The Governor” because we had 55 people over!

That said, go ahead and experiment! If you find a whiskey that complements the ginger without fading into the background, I’d love to know about it.

You probably don’t have ginger syrup lying around, but it’s not hard to make. The recipe I used for ginger syrup came from Johnny Michaels’s excellent North Star Cocktails book. (If you don’t have it, you should.)

To make it, start by making simple syrup. Combine 3 cups of sugar and 2 cups of water in a sauce pan. Stir it constantly over low heat until the sugar is completely dissolved. Pour it into a glass jar and set it aside to cool, then store it in the refrigerator.

Now, you will need about 1.25 cups of fresh ginger, peeled and chopped. Toss it in a food processor until it is chopped into tiny bits, but don’t overdo it. If you liquify it, you will end up with a lot of sediment in your syrup. In a sauce pan, combine the ginger with 2 cups of your simple syrup. Note the approximate level of the liquid, then add 2 cups of water. Simmer the mixture until the water has evaporated and it’s back to the level you noted earlier. Strain it into a jar, set it aside to cool, then store it in the refrigerator.

If the syrup is too spicy, you can dilute it with some of the left-over simple syrup.

Enter your email address and you will receive a link to reset your password.